Let us unstick your project.

Are you finding yourself staring at the computer screen, trying to figure out how to move forward with your project? Let Act 3 Creative help you get the ball rolling again.

Where to find us

Need to send us large files?

The former United States Marine Hospital at 12200 Fairhill Road opened on June 28, 1930, with a staff of 15 doctors, 42 nurses and 72 attendants. The building itself, seen from above, was designed to resemble a boat anchor. The Marine Hospital closed on June 30, 1953, and was reopened as the Fairhill Psychiatric Hospital in 1956. In December 1983, the hospital closed its doors and in 1987 the process of developing the Fairhill collaborative campus began.

Today, the campus houses Fairhill Partners, a blend of social purpose real estate and socially responsible commercial businesses like Act 3. It’s that aspect of the campus that drew us here in 2017. 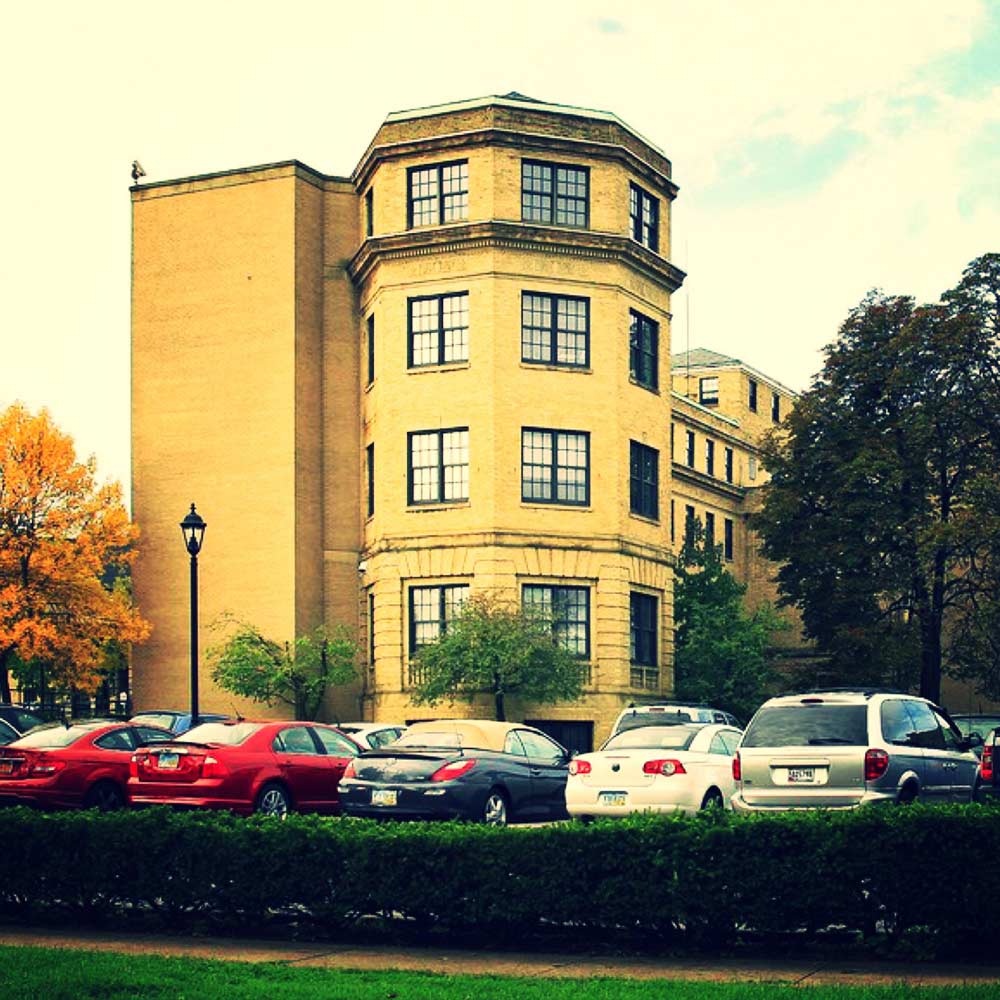