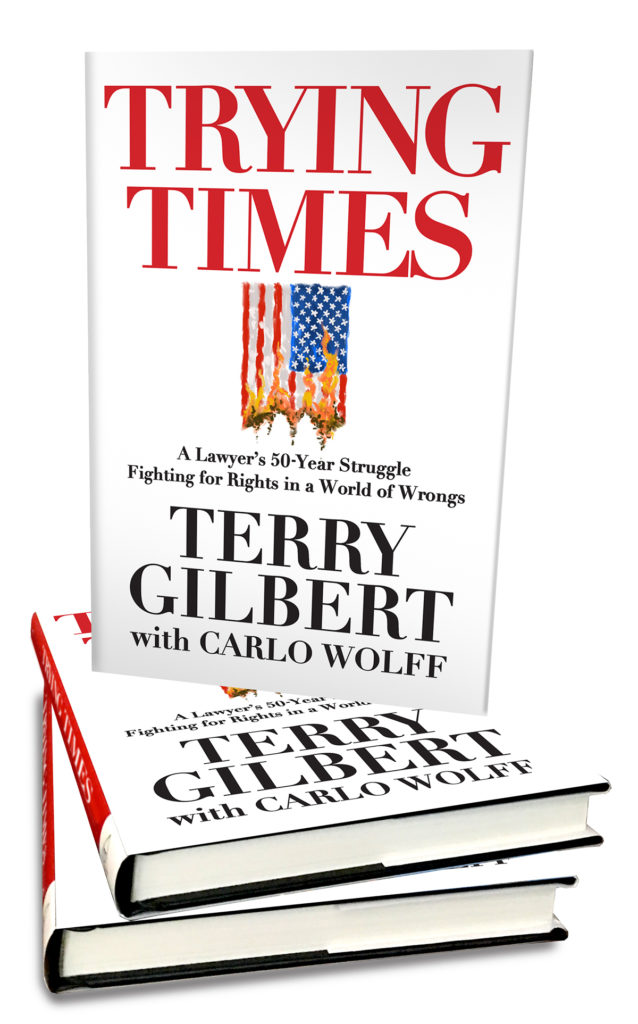 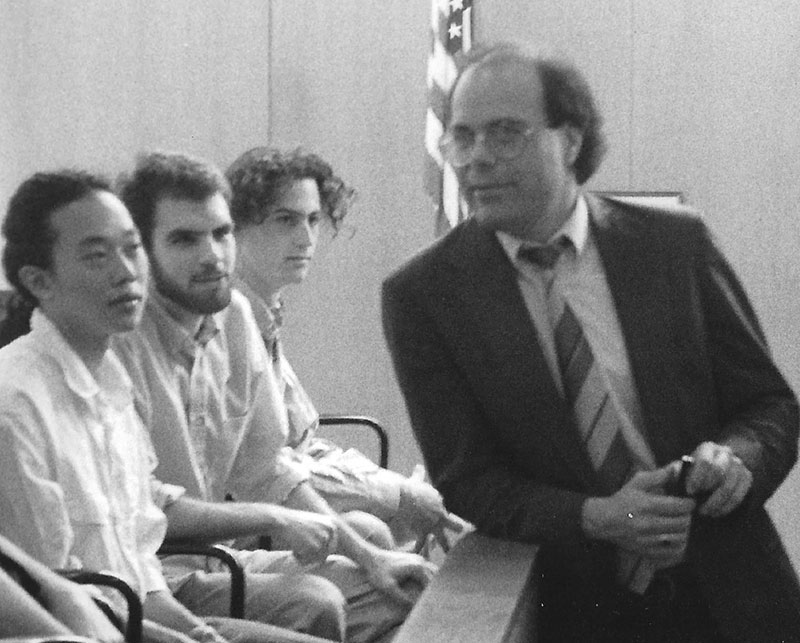 Trying Times is available for purchase through Amazon or by clicking the PayPal button below.

Terry Gilbert is a people’s lawyer.

His story begins during the late 1960s, when events at Attica, Kent State and Wounded Knee provided Gilbert with the impetus to use the law as a weapon in the fight for justice and equality.

For nearly 50 years, he has fought for civil rights, prison reform, police accountability, free speech and the American values enshrined in the Bill of Rights.

Since the 1970s, Terry has defended the rights of indigenous Americans and other disenfranchised people who have been cut out of the American dream. In the 1990s he successfully reopened the case against Dr. Sam Sheppard in an effort to finally clear Sheppard’s name and hold the justice system accountable. In 2014, Gilbert was able to secure the exoneration of Kwame Ajamu after serving 27 years in prison for a wrongful conviction, and he represented Ajamu’s brother Wiley Bridgeman, who spent almost 38 years in prison.

Gilbert believes that the law is a tool to use against injustice and in support of the highest ideals of America. Activism and diligence, he says, are the only things that can see the country through trying times. 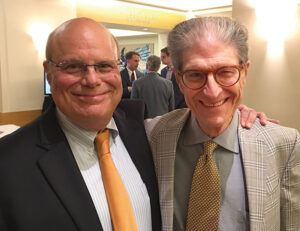 Terry Gilbert has been in private law practice since 1973, focusing on criminal defense and civil rights litigation. At the start of his legal career, Gilbert represented American Indians in the aftermath of the Wounded Knee confrontation in South Dakota, and numerous anti-war and civil rights activists. Over the years, Gilbert has handled a variety of government misconduct cases involving police abuse, wrongful conviction, violations of free speech, prisoners’ rights, and victims of all forms of discrimination. His defense of civil liberties has often put him at odds with authorities and made him the target of op-eds and editorial cartoonists. At the same time, he has written many op-eds himself, and used the media to make his case for justice directly to the people. Gilbert lives with his wife Robin in a Cleveland suburb, and has two adult children: Benjamin, a molecular biologist, and Julian, a law student.

Carlo Wolff writes about popular culture, music, books, hospitality and travel. A contributor to the jazz magazine, DownBeat, he is the author of Cleveland Rock & Roll Memories, lead author of Mike Belkin: Socks, Sports, Rock and Art, and co-writer of Designing Victory and The Encyclopedia of Record Producers. Wolff also reports and edits for newspapers and magazines. A native of Dallas, Wolff grew up in Columbus, Ohio and attended schools in the Boston area. He moved to Cleveland in 1986. Wolff lives in suburban Cleveland with his wife Karen Sandstrom, a dog and a cat.

Trying Times in the News

CLEVELAND — In the midst of the national conversation about police brutality and racial bias, especially after the murder of George Floyd, the national protests, and this week’s stunning guilty verdicts against Derek Chauvin, the legal doctrine of “qualified immunity” has been widely condemned as an impediment to achieving legal accountability against police who violate people’s constitutional rights. 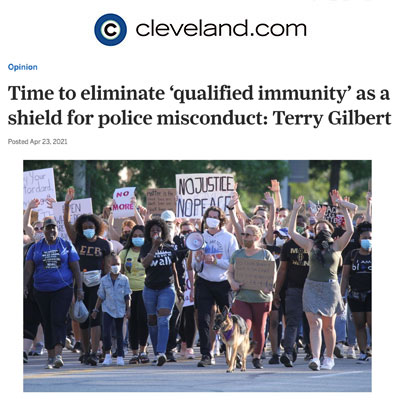 If you need proof that the youth of the ’60s who protested the Vietnam War and took part in the Civil Rights Movement didn’t all mature to be Reagan conservatives, look no further than noted Cleveland lawyer Terry Gilbert.
Gilbert’s had an interesting career, to say the least. If his name sounds familiar, there’s a good chance you heard it on the news or saw it in the Plain Dealer when an activist or protestor was arrested. 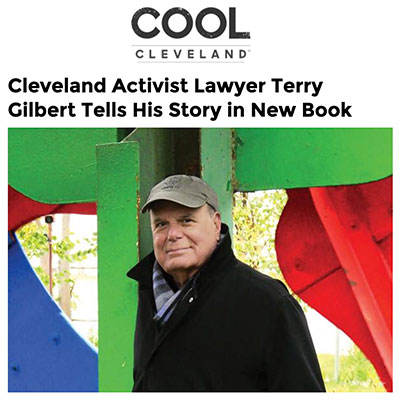 UNIVERSITY HEIGHTS, Ohio — Terry Gilbert has dedicated his career as a civil rights lawyer to pursuing justice for the disenfranchised.

“Everybody deserves justice in one form or another,” said Gilbert, who calls himself a people’s lawyer. “I was never deterred by popularity, whether people had money or didn’t have money, or whether they made mistakes.” 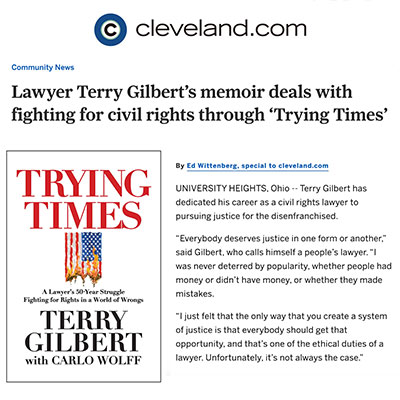 As criminal defense and civil rights litigation, lawyer Terry Gilbert looked back on a 50-year career of activism and achievements, he knew his story could make a long-lasting impact as a book.

Gilbert, a lifelong Clevelander who resides in University Heights and is a member of Suburban Temple Kol Ami in Beachwood, mentioned his memoir idea to longtime friend, journalist and author Carlo Wolff, a resident of South Euclid. 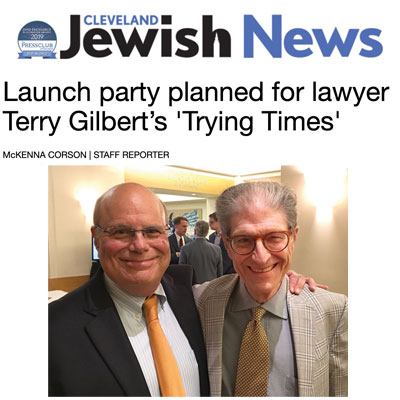